Today we’re looking into a scam known as the Pig Butchering Scam.

The internet offers limitless opportunities not just for legitimate businesses but scammers as well. And scammers don’t spare efforts and resources to get their hands on your hard-earned money.

Peer-to-peer cryptocurrencies, some completely anonymous, have made it possible for online scammers to extract money from their victims without creating a paper trail. Cryptocurrencies like bitcoin are pseudo-anonymous, however. And as such, with the right tools, specialists can trace transactions and discover the identities and locations of the perpetrators.

Pig butchering scams may work without cryptocurrencies, but due to the convenience they offer, criminals often prefer to use cryptocurrencies as a medium of payment to fleece their victims. Once someone sends a crypto payment, the wronged party can’t recover it directly. Crypto tracing and asset recovery specialists can recover funds sent through pseudo-anonymous blockchains, but it takes time and effort.

Contents hide
1 What is a Pig Butchering Scam, and Why Do they Call it That?
2 The Anatomy of a Pig Butchering Scam
2.1 Step 1: Setting Up a Fake Identity
2.2 Step 2: Making Contact
2.3 Step 3: Building Trust
2.4 Step 4: The Pivot
2.5 Step 5: Offering Help with Investments
2.6 Step 6: Offering “Proof”
2.7 Step 7: Getting Victims to Go All-in
2.8 Step 8: Cashing in on Victims’ Desperation
2.9 Step 9: Cutting Off the Victims
3 Pig Butchering Scam Warning Signs
4 How Human Trafficking and Real-life Crime Intertwine with Online Scams

What is a Pig Butchering Scam, and Why Do they Call it That?

A text scam called pig butchering started making the rounds in China during the COVID-19 pandemic. From there, it quickly gained traction all over the world. The scam is elaborate, requiring patience and long-term commitment from the scammers.

The perpetrators of the pig butchering scam start by cold-contacting victims, striking up conversations, and gaining their trust. When they deem they have “fattened the hog” enough, they try to “butcher” it by peddling an investment scam or thinking of another way to get the victim to send them money.

Scammers steal tens of billions of dollars from their victims every year. And the pig butchering scam is responsible for a large portion of the lost funds. Creative scammers can combine their pig butchering schemes with romance scams, cryptocurrency investments, other investment platforms, or whatever else they may think fits the context.

How does a pig butchering scam work? What do the coerced or willing scammers do in their sweatshops all day?

The Anatomy of a Pig Butchering Scam

Pig butchering scams require scammers to contact victims and build trust. This is the stage of the scam where they sow their seeds or begin to fatten their hogs.

Step 1: Setting Up a Fake Identity

Before they can set their schemes in motion, scammers need a phony but credible online persona. This can be an Instagram account featuring pictures of attractive people in situations suggestive of great personal success and glamorous lifestyles.

The pictures scammers use are often stolen. In some cases, reverse image searches can reveal the sources of the pictures to victims, thus alerting them to the scam. The point is, however, that scammers target gullible people who aren’t tech-savvy and are more likely to take what they see online at face value.

With the profile set up, scammers may buy followers to lend their efforts additional credibility. Then, they are ready to swing into action.

Social networking and dating sites are the preferred roaming grounds of pig butchering scammers. They have an abundance of potential victims on these channels. That doesn’t mean they won’t use other means to contact people. Some may resort to simply sending text messages to phone numbers they can buy from various sources.

Apps like Viber or WhatsApp also work for this purpose.

The perpetrators pretend to contact the victims by mistake. They may say they have typed in the wrong number, etc.

Once they have secured a communication channel with the would-be victim, scammers move on to the next step: building rapport.

Pig butchering scams always begin with benign, light-hearted chats about work, family, etc. Even during this stage, however, scammers mine for personal information they can use later. They record everything the victims tell them. At the same time, they feed the victims fabricated information about their lives, etc.

They try to establish rapport by fabricating circumstances that make them relatable, even similar to their victims. If the victim is someone taking care of an elderly parent or grandparent, out come the stories about how they, too, struggle with similar problems, despite their obvious success.

At first, scammers cautiously brag about their financial success. Later, as they build interest on the part of the victims, their stories grow bolder. And they whip out screenshots of investment accounts containing fabulous amounts of money. Mind you, these accounts are all fake, as are the funds they purportedly contain.

Trading platforms and online trading are scammers’ preferred methods to extract money from their victims. They use the popularity of MetaTrader’s MT4 and MT5 trading platforms to lend credibility to their claims. Even though these platforms are legitimate, the brokers with whom they claim they’re trading are nothing more than scams.

Once they deposit real money into a fake account, victims have fallen for the scam. Instead of deposits to alleged trading accounts, scammers may ask victims for money as part of a romance scam. They may figure out other stories and angles to get their victims to send them money.

Posing as seasoned professionals, scammers offer to ”help” their victims trade and attain the same success they claim they have. Sometimes, scammers throw another “hook” into the mix, getting victims to make a small deposit in the name of caution. That small initial deposit will net a huge profit, igniting greed in the victims.

Having seen direct proof that the scheme works, the victims are eager to hike the stakes and send the scammers substantial sums.

Scammers may even allow their victims to withdraw their initial investments. With such indubitable proof in their hands, victims tend to overlook all red flags and warning signs. Scammers only let go of the cash to grab more eventually.

Step 7: Getting Victims to Go All-in

Once greed gets hold of them, some victims will mortgage their homes or tap into their retirement savings. Convinced they are investing in a legitimate scheme, they go all-in.

This is the holy grail of scammers. Squeezing people for every cent they have.

Step 8: Cashing in on Victims’ Desperation

Some scammers will stop at nothing. Once the victims realize they’ve been tricked, they begin threatening and begging the scammers. The pig butchering specialists may promise that there is a way to get their money back, but, of course, first, they must send more money.

Step 9: Cutting Off the Victims

Pig butchering scammers only let their victims off the hook once they realize they can’t squeeze more money out of them. It is not uncommon for scammers to threaten or insult their victims before they go silent. Their fake brokerages and websites often disappear after they cut off their victims. 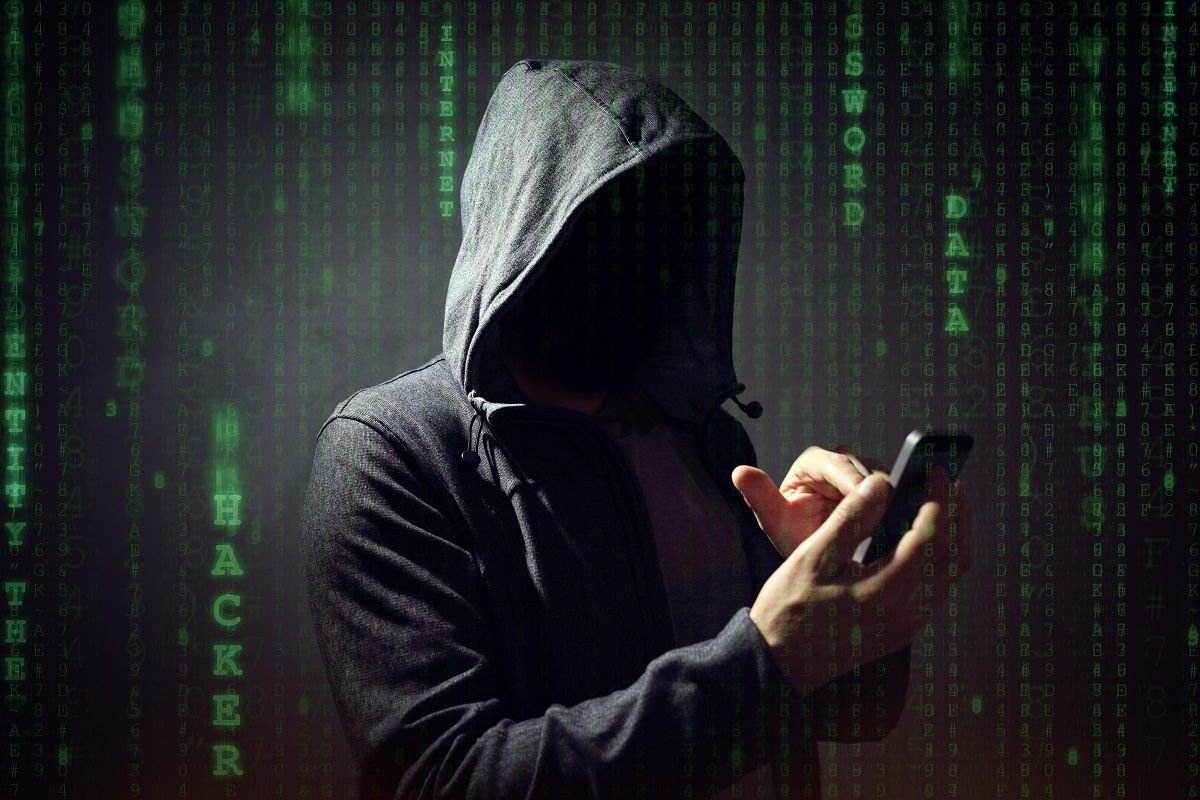 Someone cold-contacts you, claiming a “wrong number” mishap or just chatting you up out of the blue.

As a rule of thumb, remember this: everything that looks too good to be true is a construct someone has created to fool you. There are no exceptions.

How Human Trafficking and Real-life Crime Intertwine with Online Scams

Organized crime perpetrates online scams, relying on tens of thousands of victims of human trafficking in Southeast Asia to keep the wheels of the pig butchering scams turning.

Criminals buy and sell human beings through Telegram channels as one would buy and sell used furniture on Craigslist. Traffickers run sweatshops and rely on forced labor to lend their scams an industrial scope.

Human traffickers acquire their victims through ads for allegedly lucrative jobs. People living in poor areas find these offers enticing and often fall for the trap. The poverty lands them squarely at the mercy of their captors, whose bidding they must do if they ever hope to escape their situation.

Many of these victims work pig butchering scams for their captors against their will.

If you believe you are a victim of this cryptocurrency scam, report it to the United States Federal Trade Commission (FTC), the Internet Crime Center (IC3), your Federal Bureau of Investigation (FBI) local office, and your local police. The longer you wait, the harder it’s going to be to recover the funds.

Are you a victim of an online scam? Schedule a FREE consultation with us and find out if we are able help you get your money back.

No comments yet. Why don’t you start the discussion?